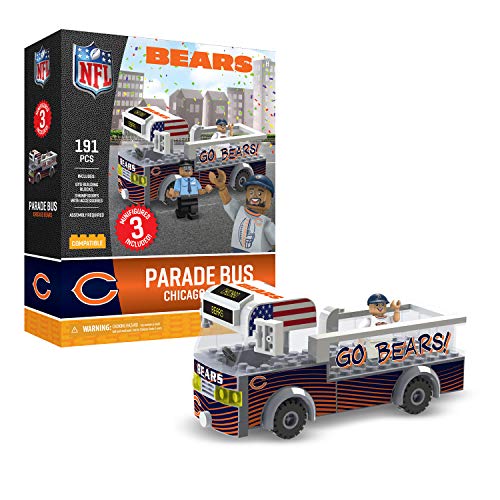 Everyone loves a parade! Build your imaginative play around your perfect season, with this Parade Bus for your favorite team! This buildable Parade Bus is loaded with fun, and value! This set has 191 pieces, and includes 3 OYO minifigures, exclusive to the Parade Bus! The Parade Bus has an open top to hold your favorite player minifigures (not included) and any other celebrants you wish to include. Included are 2 OYO Super Fan team minifigure to celebrate the Champions in team logo gear, and an OYO Bus Driver! Two sign holders are includes so that minifigures along the parade route can hold up their pride in your team! 19 different decals are included in the set, so the bus can be decorated as it goes along the parade route in team colors and logos! Key Features: 191-piece buildable parade bus. Includes 3 minifigures, Bus Driver and 2 Fans Minifigure accessories: Both minifigures comes with hats. 2 Sign holders for fan participation. 19-piece decal pack that allows for full-team customization. Dimensions: 6" L x 3" W x 3" H. Compatible with leading construction toy sets. Ages 6 and up. Printed and assembled in the U.S.A, from globally sourced parts. 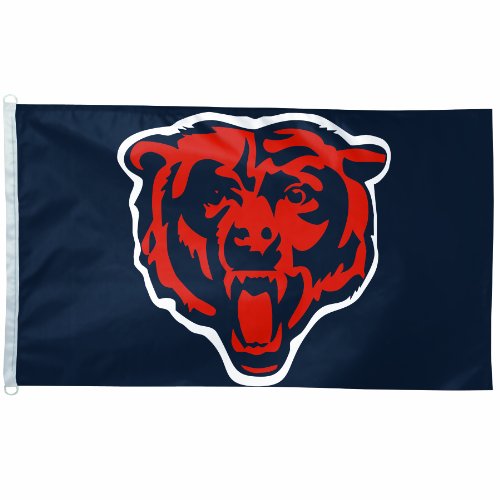 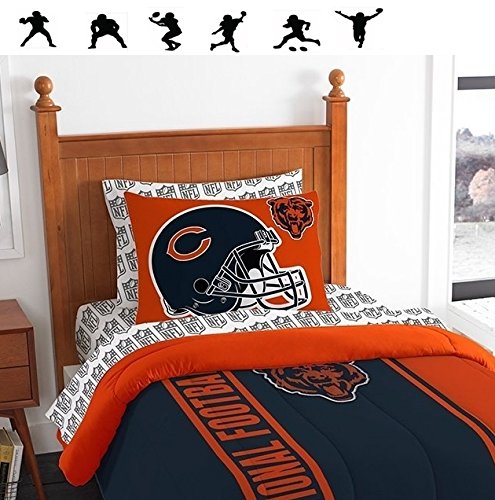 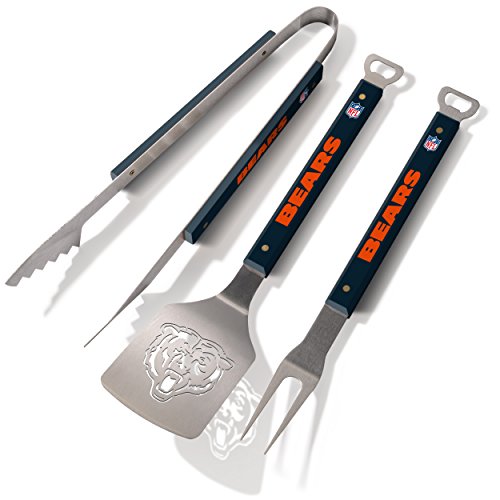 Get your grill game on with an officially licensed set of barbecue tools. The barbecue tool set includes a Sportula, a pair of tongs and a grill fork. Each tool is made from heavy-duty stainless steel with brass-riveted team colored composite handles. Chicago Bears is stamped on the team colored composite handles and the team logo is laser cut through the blade of the Sportula. The Sportula and the fork both come with an integrated bottle opener. An unforgettable gift for any fan and the most noticed accessory at any tailgating event. 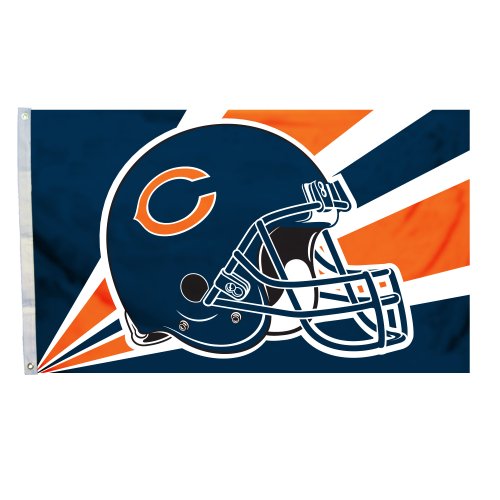 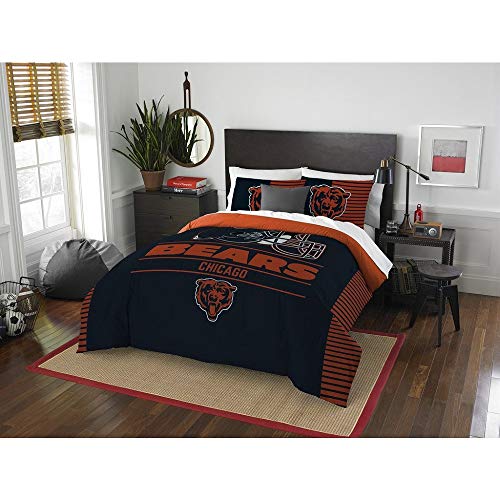 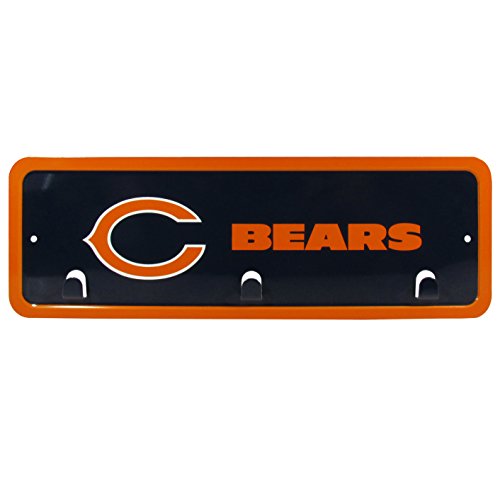 Always know where you keys are at with this compact key chain rack. At 9 inches wide the Chicago Bears key chain holder can be mounted just about anywhere to conveniently organize your car and house keys while showing off your team pride. The crisp digital graphics really pop to help this smaller decorative piece make a big statement. This rack is metal, not plastic so it will stand up to high of use. 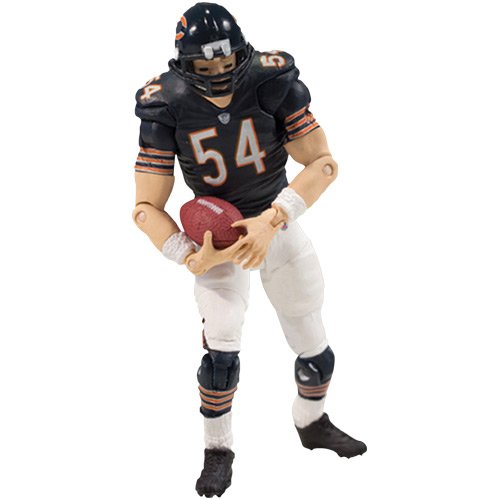 McFarlane PlayMakers figures are specially produced with younger fans in mind. Each figure features over 20 points of articulation, giving fans the chance to create realistic, game-accurate poses with their favorite players. PlayMakers are poseable and durable - perfect for a young sports fan to collect and play with. Eleven players in this series are making their PlayMakers debuts - Charles Woodson, Mike Wallace, Ray Rice, Philip Rivers, DeMarcus Ware, Brian Urlacher, Calvin Johnson, Patrick Willis, LeSean McCoy, Darrelle Revis and one player To Be Determined following the final game of the year. Six of the NFL's most popular players return to our PlayMakers lineups in new uniforms. Tom Brady, Drew Brees, Tony Romo, Ben Roethlisberger, Larry Fitzgerald and Tim Tebow are back for a second figure, but all in uniforms we've never offered them in as a PlayMakers figure before. Top quarterbacks Eli Manning and Aaron Rodgers return to our lineups as well, both wearing their popular home uniforms. NFL PlayMakers are the most durable articulated sports figures ever With over 20 points of articulation, each figure can be posed in realistic game positions. Five defensive players are included in this series, so fans and collectors can set up their own action figure showdowns. 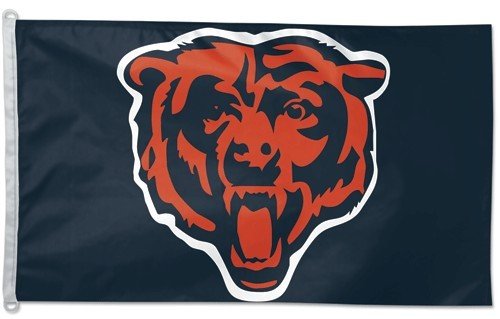 Support your favorite team indoors or outdoors with this this NFL team helmet flag from WinCraft™. This officially licensed 3-ft x 5-ft flag is made of durable 3-thread polyester and has attached D-rings, so it is easy to hang. The team-colored flag is designed with long-lasting, color-fast dye and proudly displays the team helmet graphic in the center. 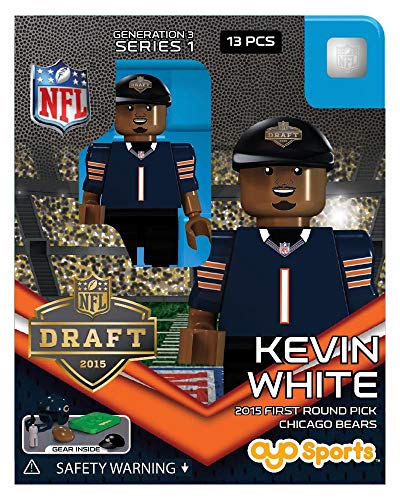 Celebrate Kevin White as the 2015 first round draft pick for the Chicago Bears with a mini figure featuring proprietary bendable knees and poseable arms, allowing them to run, pass and tackle. Each figure exhibits quality and artistry with highly detailed real life characteristics of the player. These figures are on a limited run with OYO DNA number. 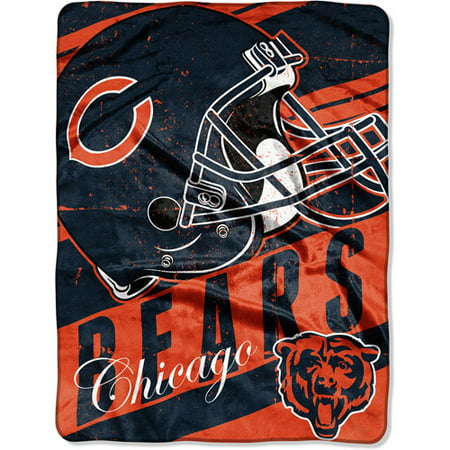 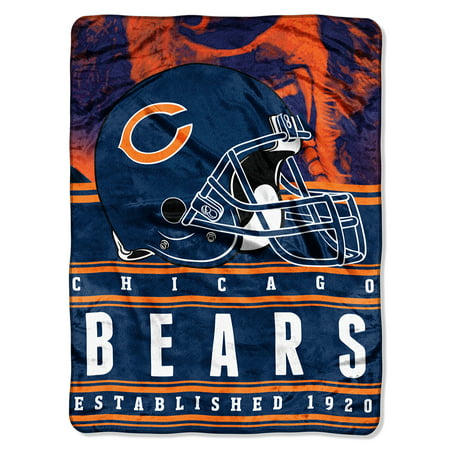 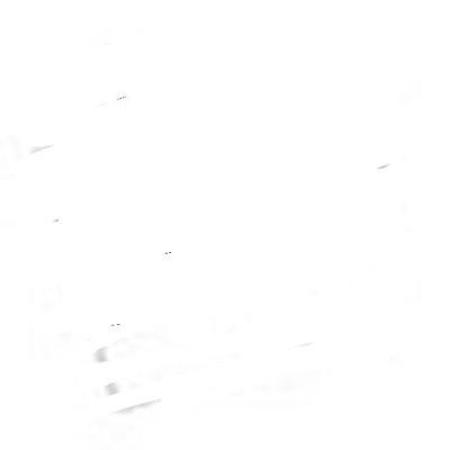 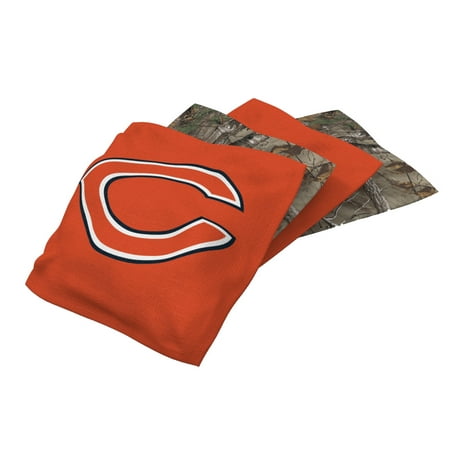 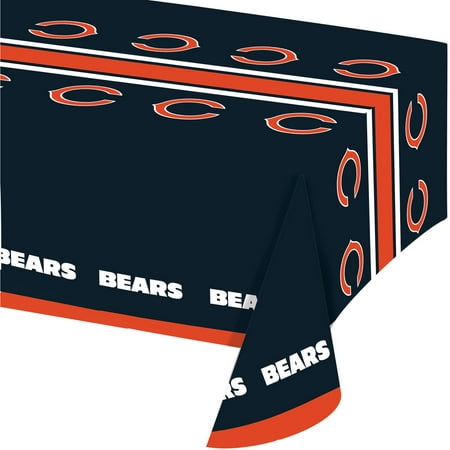